Translation was my obvious choice for a graduate degree. I had always loved words (still do) and had once dabbled in some translation work for a local newspaper. With four children in college and three at home, I figured becoming a professional translator would be a great way to earn some money while working from home. So, after earning my Master’s degree and teaching for a few years at Sacred Heart University, I turned my eye to the business of translation.  Although my first venture did not work out, I refused to give up.

That is when I asked Carmen Díaz, my best translation teacher ever, and another graduate (who eventually decided not to continue) to start up another business with me. We were later joined by Barbara Cohen. With an initial investment of $600.00 each, we incorporated Atabex Translation Specialists right from the very beginning. Yes, that’s how serious we were.

We began working out of a renovated garage at my home. I’ll never forget our very first equipment (an IBM Computer, a Quietwriter Printer, and software) which was generously funded by a $5,000 check from our “angel investor”, my husband.  From then on, it was all hands on deck.   The three of us were hard workers, but even more importantly, we were a great team.

As Atabex prospered over the years, we moved on to better headquarters. We eventually joined the ATA and helped promote the now defunct Asociación Puertorriqueña de Traductores e Intérpretes, our local translators and interpreters association.  Atabex also became a proud sponsor of the University of Puerto Rico’s Graduate Program in Translation and its events. As the company grew and evolved, we were joined by other wonderful translators, editors and advisors who have made Atabex what it is today.

I love translation and my co-workers, and I guess that has been the key to our success. To this day, at 80+ years of age, and “officially” retired, you can still find me dabbling in translation every now and then.  Once a translator, always a translator. 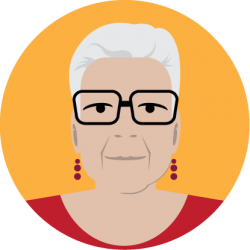 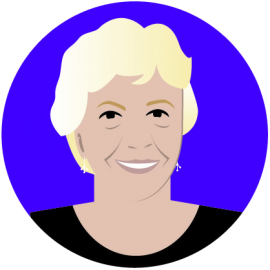 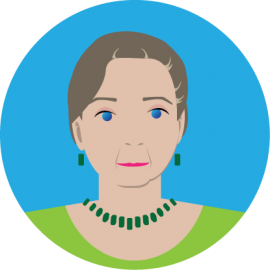 View Profile
Be a part of our next thirty years. Get Atabexed! Request a quote!